Counting Emissions along with Dollars

How the Swiss Connection for Climate Accountability could help reduce global emissions with an international GHG accounting standard.Lesen

Part of the problem, part of the solution? The role of religion in Middle Eastern environmentalism

The Private Security Sector and Human Rights: The Puzzle of Regulation

The potentials of a breakthrough year for Italy: instituting the independent Human Rights Commission

Part of the problem, part of the solution? The role of religion in Middle Eastern environmentalism

A reflection: the hybrid education model of the 2030′

How will the transformation in the way we work accelerate or mitigate the trend of individualisation in our society?

Should the use of autonomous weapon systems «killer robots» be banned and restricted?

Covid-19: Financial technologies supporting the economic resilience of countries during the crisis

Canada and the post-Covid 19 Energy Transition

Why Canada failed to secure a rotating seat on the Security Council?

What American diplomacy can learn from public health experts

The EU should learn from Cities to Advance Gender Equality

Criticisms and consequences: Does criticizing China lead to economic backlash?

Coronavirus: An Appeal for Greater International Inclusion in the World Health Organization.

Japan’s awakening to a multipolar world

Of Sanctions, Coronavirus and Corpses

Light in the Darkness?

Europe cannot continue pretending to be something it is not

A call to integrate evidence in development policy and practice

The Precautionary Principle: Giving the Environment the Benefit of the Doubt

Make DEZA great again: why the renewal of Swiss aid needs to start at home

The Global Compact for Migration: One year later

Catching up with reality: The Geneva Conventions, 70 years on

What to expect in the upcoming Climate Action Summit? A Closer Look at the Small Island States

What to expect in the upcoming Climate Action Summit? «Climatisation» and Disaster Risk Reduction

Inclusion in AI: A Global Perspective

How maps still explain the world

UN interns and UN consultants: Finding a way through the ‘IC labyrinth’?

Too Many Men – The Security Implications of Asia’s Male Surplus

Crowdfunding in Kosovo – a cure to the deficient post-conflict NGO funding circus?

Small states in a challenging world

Biodiversity decline – Are we heading towards the forever silent spring?

A boiling Atlantic – Is it time for Europe to turn to China?

The Digital Geneva Accord: Can it hold up to its name?

Act of Parliament: in the final stages of Brexit, the terms ‘the people’ and ‘democracy’ require deconstruction

Going back in time: women’s rights at risk in Poland

Lebanon Has A Newly Elected Parliament – So What?

A Difficult Way Out for Armenia

A Tale of a Humanitarian Patriarchy

Kosovo Celebrates A Decade Of Sovereignty: Check. Normal Life: Yet To Come. Part 2.

Kosovo Celebrates A Decade Of Sovereignty: Check. Normal Life: Yet To Come. Part 1.

The Who, Why and What Now: Deconstructing the Iran Protests

The Morbid End of a Pathbreaking Institution: Justice and Suicide at the ICTY

Highly Skilled Migrant Women in Switzerland: What Are the Challenges?

Women’s Economic Equality as a Swiss Foreign Policy Objective: What Needs to Be Done?

Reigniting the Debate on Gender Quotas

A Matter of Democracy: Gender Equal Participation in Foreign Politics

FinTech regulation – A look beyond the sandbox’s edge

The election in Norway

Women Can’t Have it (At) All: Why the Abortion Debate is More Sexist than it Seems

Elections in Kenya – The opportunity for change that nobody believes in

How does the Fox divide a Country? – A reflection on the 2017 General Elections

Moldova’s Future: A Path towards EU Membership while dealing with Domestic Challenges

Fear & Voting in Sofia – An Interview with Ana Pirinska, Electoral Candidate from Bulgaria

Operation Decisive Storm: When the economy wins over politics

Theresa May – in a position of both strength and weakness

How devastation changed the face of the UK General Election

Do we really need thousands of Nuclear Warheads?

Say what? So informiert sich Trump

Out of Africa (and into Switzerland)

Iranian Elections: The Ripening of a Revolution

Red Elephant in the China Shop

US President Trump and the Global Governance: «No Holds Barred»?

100 days of trade with Trump: Reality catches up with «America First»

The importance of London’s agreement on «indyref2»

International Women*’s Day: Can global protests foster gender equality or what does it take?

Diplomacy after the fact

Win some, lose some: The Hungarian refugee referendum

After Nice, Paris, Brussels: A European War on Terrorism?

A new deal for development assistance? The US Foreign Aid Transparency and Accountability Act

Future of diplomacy: What are the emerging challenges in a globalised world?

TTIP and the rest: how TTIP works against a fair global trade regime

“Transparency is a process, not a cut and dried formula”

The Islamic State: A multilevel threat

Russia’s message to the West is clear: “Do not move into our Neighbourhood”

Human rights and science: Or how to think out of the box if it’s sealed?

Hey Switzerland, spend your aid and money on development in poor countries and not in Switzerland

Time for an update: How cyberspace affects Swiss foreign policy and what to do about it

IS IT REALLY DEVELOPING? HOW THE DEFINITION OF PROGRESS DEPENDS ON THE DATABASES AVAILABLE

”The future will bring more political participation in the Gulf” – Interview with Sultan Al Qassemi, Part 2

“The Muslim Brotherhood is not going anywhere” – Interview with Sultan Al Qassemi, Part 1

The Asia-Pacific Century: Stability at Stake and the Japanese Option 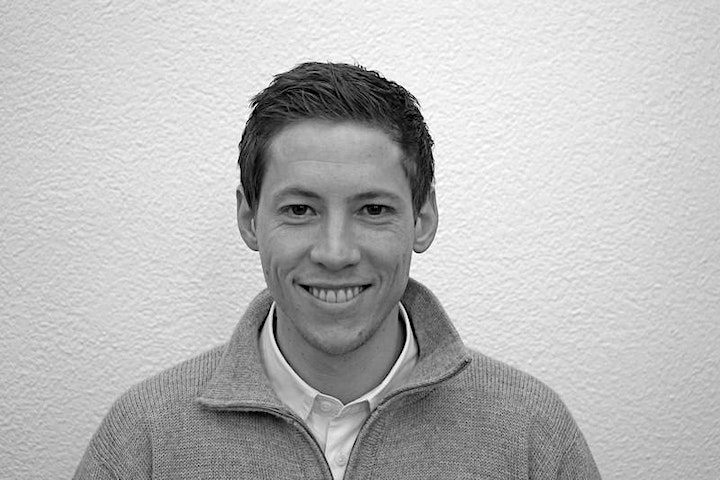 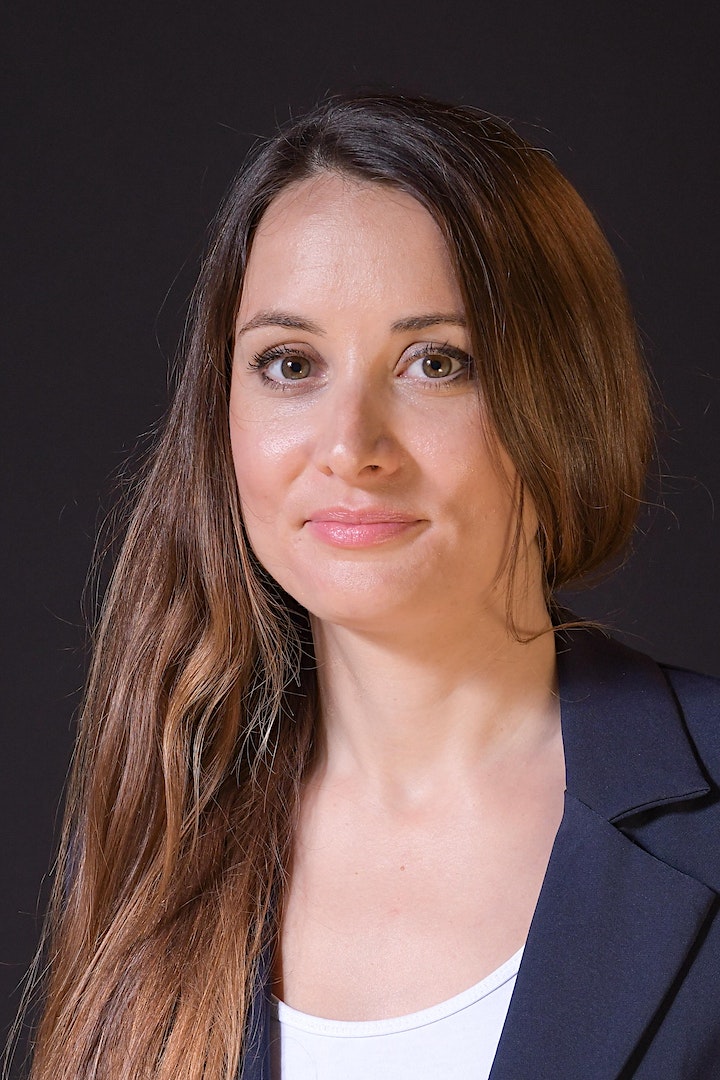 The reality of Uyghurs in China: an international matter

The Uyghur are a turkic population mainly living in China. Mainly muslim, they are persecuted for their faith in what several countries call a Genocide, or the biggest crime against Humanity of the 21st century : imprisonment in camps, rape, sterilization, forced labour, organ trafficking by killing them are just a few of the daily atrocities they experience.

llham Tohti, economist, was sentenced to life imprisonment in 2014 on separatism-related charges. Human Rights Watch denounced a “masquerade of justice”. Since then, it is estimated that 1 million Uyhgur people have been forcibly detained in camps : NGOs would call them Concentration or Labor camps, the Chinese Authorities call them Reeducation camps. More than 80 major multinational brands exploit Uyghur forced labor, and the products are exported worldwide : in Geneva, Nike, Apple, Zara, Bershka are just a few brands selling products coming from these camps. The Chinese authorities deny everything.

What is happening in China ? Why is it happening ? What is the reaction from the Swiss Authorities?

We invite you to a discussion with Jewher Ilham, daughter of Ilham Tohti, and Dilara Bayrak, Députée at the Grand Conseil Genevois to talk about the situation of the Uyghurs and the related (non-)reactions in Switzerland.

Here is the Zoom link: